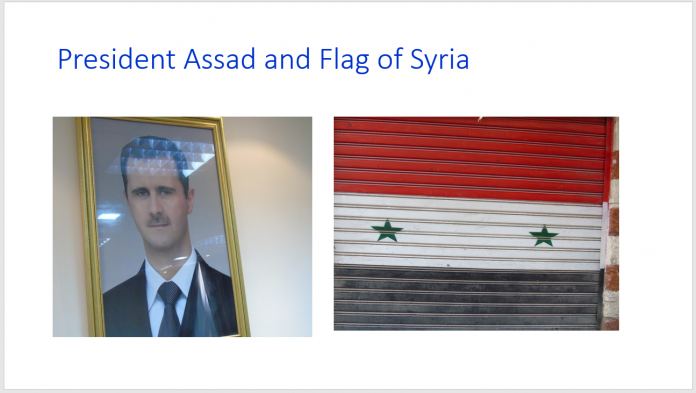 Biden is continuing with the same destructive foreign policy Obama started in Syria ,where a convoys of US-led Coalition forces continue to enter Syria and heads to its bases in northeast which contains more than 70% of the Syrian gas and oil .

The US -backed SDF ,”Syrian Democratic Forces” is a terrorist militia, continues stealing Syrian oil and selling it with lowest prices to Turkey while Syrians ‘re starving.

Before the war started, 50 Syrian pounds used to equal 1 Dollar, today it’s more than 3,000 Syrian pounds and things has got worse when the USA imposed savage economic sanctions on us, so life has become very difficult, Now, we only have electricity a couple of hours a day, there is a fuel crisis, bread crisis, economic sanction, high prices with low salaries.

Our President #Assad is not killing his people .He is saving his people and liberating his country from the #USA-backed terrorists from more than 100 countries, which their financing cost trillion of dollars so we ,Syrians love him & will vote again for him.

Democracy is openly Denounced and Forbidden in Western-supported terrorist-occupied areas of...

Empire’s War Against Humanity/ Commentary and photos by Rida Ali