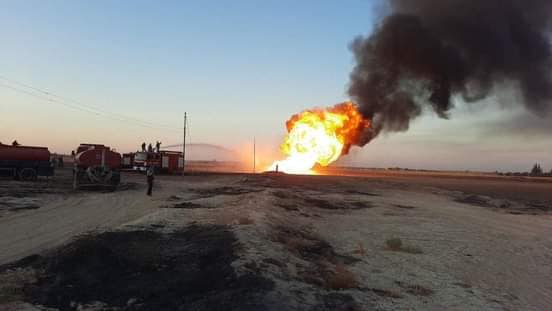 There are reports that the explosion in the gas pipeline between the Damascus suburbs of Al Dhumayr and Adra was caused by terrorists – my take would be that this is more of the British intelligence-led clandestine war against the nation, particularly in the southern region.

The explosion and fire led to a widespread black-out. I still don’t have electricity in the West of Damascus.

Some power stations have now been reconnected and vital infrastructure is being restored, some provinces have electricity again. Three power stations were put out of action.

Once again, I reiterate that these hybrid war tactics are being rolled out when Syria is under some degree of #Covid19 lockdown, increased sadistic sanctions and dealing with the fall out from ten years of war and suffering.

There are no coincidences. #SyrianLivesMatter#EndSanctions