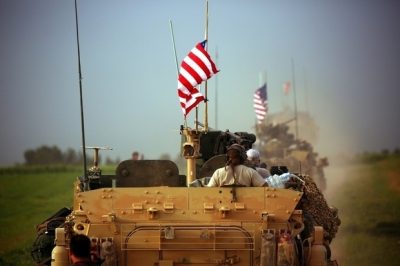 Mahmoud Altaweel, like all Syrians, defies this weaponized dehumanization. He lives in the northern part of Qunaitara, Golan, in a village called Haddar.  He teaches English to teens and to Red Crescent Society workers, — he had never heard of the White Helmets until Vanessa Beeley exposed them — and he told me via private Facebook messaging that he is “keen to expose terrorists and their supporters.”

Our conversation occurred after he wrote this commentary about a video taken in Idlib, Syria:

“Terrorists prosecute people by name of Allah. Humiliation and tyranny. This is the moderate opposition The WEST supports. Enjoy them US & EU they are yours. As Syrians we don’t want them”

Apparently, two men are being whipped because they violated Sharia by agreeing that a divorced woman could re-marry.

Altaweel explains that most Syrians reject the Wahhabism and extremist interpretations of Sharia Law that the NATO terrorists impose on occupied areas of Syria.

He says al Nusra and FSA terrorists attacked Haddar, and took control of some bordering villages. Haddar Self -Defence Groups, supported by the Syrian Arab Army and the Syrian government “logistically, morally and technically” successfully repelled the invaders.

“Backed by Israel, they started attacking us ( not breaking into the village) but by means of firing mortars, snipering people and farmers,” explains Altaweel, “They attacked us over than times. In defying our village not to be held by terrorists, 130 young people died. Ten or more houses completely shelled and smashed to the ground.”

Altaweel says that “millions love and respect” President Assad and his wife, and they see Russians as brothers, but at the same time Syrians are sometimes critical of Russia.  He wonders “Why silence about American and Israeli violations?”

Altaweel’s voice, and the voices of millions living in the Eastern Mediterranean, ancient seed-grounds of civilization and religion, are all but disappeared by Western media, but these are the voices of Truth, Peace, and Justice.