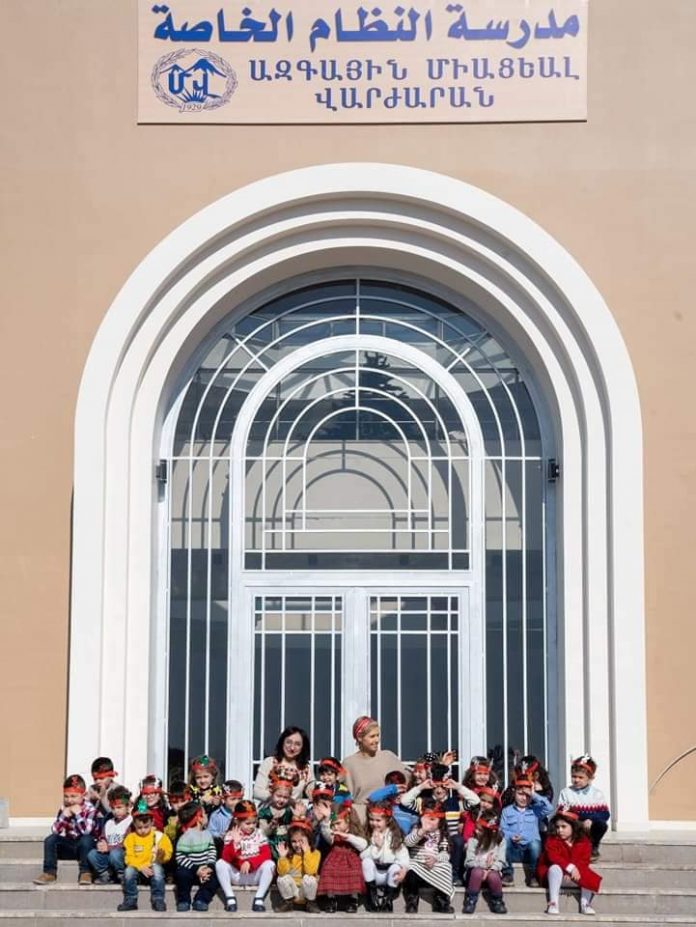 Syria’s First Lady Asma al Assad visited a recently reopened Armenian Christian school today that was rebuilt after it was destroyed by terrorists during the war. I love this lady.

The Armenian population was thriving in Syria before the terrorist proxy war began. They had found sanctuary there after fleeing the Armenian Genocide by the Turks in the early 1900s. Armenians are famous for their inventiveness and hard work ethic. Unlike the Kurd separatists (not all Kurds support the separatists) who demand autonomy, the Armenians fully integrated into Syrian society while maintaining their traditions and language and became a respected part of the culturally and religiously diverse country.

Because of the violence of terrorist groups – sponsored directly by Turkey as well as Saudi Arabia and Qatar and also by the US, Europe and Israel – it is estimated that 90% of Armenians have left Syria.

“Freedom and democracy” American style folks – and if you’re remaining willfully ignorant or silent you’re a big reason why these war crimes continue.