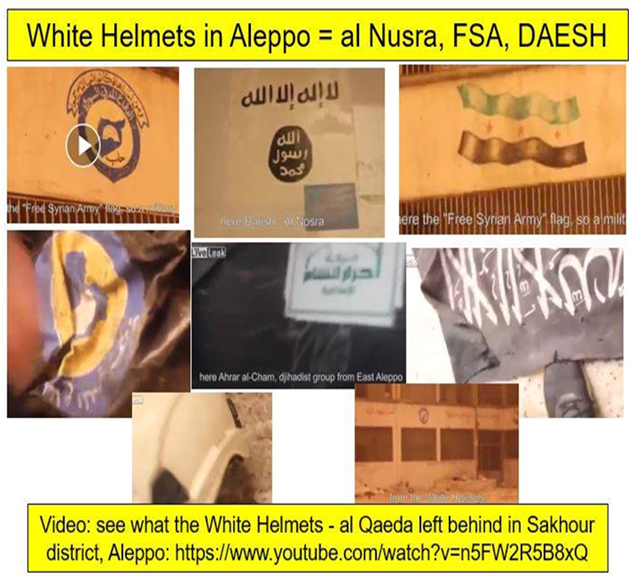 “Canada’s dirty role in the war on Syria: the White Helmets and the regime change billionaires.”/Organized by
The Hamilton Coalition To Stop The War

The Hamilton Coalition To Stop The War is proud to present the complete video of Vanessa Beeley’s lecture in Hamilton on Tuesday, December 3, 2019, at 7 pm, at New Vision United Church. This was the opening lecture by Beeley in her 2019 Canadian lecture tour, which saw her speak in seven Canadian cities. The title of the lecture was “Canada’s dirty role in the war on Syria: the White Helmets and the regime change billionaires.”

If you wish to support the work of Vanessa Beeley, the best way to do so is to become a sustaining Patreon donor for as low as $1 per month at patreon/vanessabeeley

If you wish to support the work of the Hamilton Coalition To Stop The War, please go to www.hamiltoncoalitiontostopthewar.ca/donate.

Back to Fall/Winter Events Page

White Helmets as Al-Qaeda “mop up” crew/ By Vanessa Beeley