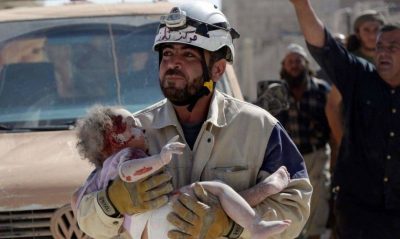 The Western public’s perceptions of the war in Syria are based on an unprecedented campaign of war propaganda. Why? Because the imperial war against Syria consists of Supreme International War Crimes.

“Non Governmental Agencies”, which are actually government and foundation-funded agencies play a key role in the war propaganda. The White Helmets are embedded with the terrorists — al Qaeda/ISIS and affiliates.

There is no shortage of evidence which demonstrates their crimes:

Is the Surge in Covid-19 Cases Among the Vaccinated Attributable to...