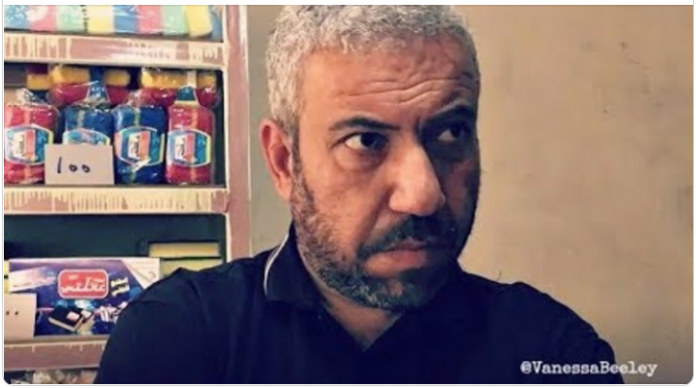 I interviewed Ahmad Aldayh in May 2017, in his shop in East #Aleppo. He had been held prisoner by Jabhat al Shamiya brigade [affiliated with Nusra Front aka Al Qaeda] in the Eye Hospital in East Aleppo for 7 weeks just prior to its liberation by the SAA on 4/12/2016 when the wardens fled the advancing Syrian Army.

JAS brigade executed 22 other prisoners but allowed Ahmad to go free, as the SAA entered the grounds of the Eye Hospital and the Childrens Hospital. Both hospitals had been converted into Sharia courts, torture chambers, execution centres and prisons for civilians who refused to adopt the extremist ideology of their US coalition armed & funded occupiers, or simply supported the Syrian state and Syrian Arab Army in their battles to cleanse Syria of the NATO state and Gulf State proxy terrorist invasion.

In a previous video – we asked Ahmad for his opinion of the US/UK/EU/Qatar/Turkish/Japan multi-million-funded White Helmets and their role as Nusra Front Civil Defence in East Aleppo during its occupation by the Nusra Front-led 50 brigades of extremist & terrorist mercenaries funded by the same countries, objective “regime change” and destabilization of the sovereign nation of Syria.