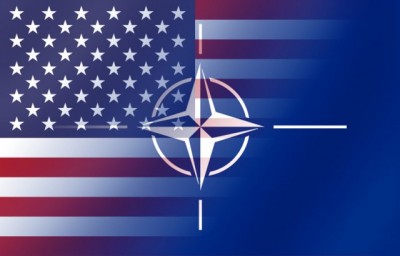 Author Catherine Shakdam writes in “The Sound Of Your Silence”:

In From Mecca To The Plain of Karbala Walking with the Holy household of the Prophet the Imam recites Farwa ibn Musayk Muradi:

“If we have been victorious today it is not something new, because we have always gained victory and even if we are defeated, predominance and victory is ours; and truth is victorious in all circumstances, whether it wins or loses.”

These lines underscore the importance of truth-telling if we are to achieve victory over the lies and crimes of Empire.

Stated bluntly, Islam, correctly interpreted, is not the enemy.  We are.

It is known and documented, and has been for years, that the West and its allies support terrorism to destroy and control other countries and their (remaining) peoples.

It is known and documented that the terrorists who behead, and rape, and pillage their way through the Middle East and elsewhere are our proxies.  We pay the bills, and we orchestrate the carnage.

Prof Chossudovsky remarks in the preface to the author’s i-book, Syria’s War For Humanity

“Everybody in Syria knows that Washington is behind the terrorists, that they are financed by the US (at tax payers’ expense) and its allies, trained and recruited by America’s Middle East partners. Saudi Arabia, Qatar, have been financing and training the ISIS-Daesh, al Nusra terrorists on behalf of the United States. Israel is harboring the terrorists out of the occupied Golan Heights, NATO in liaison with the Turkish high command has since March 2011 been involved in coordinating the recruitment of the jihadist fighters dispatched to Syria.

Moreover, the ISIS-Daesh brigades in both Syria and Iraq are integrated by Western special forces and military advisers.

While all this is known to the Syrian people, Western public opinion is led to believe that the US is leading a ‘counter-terrorism campaign’ in Syria and Iraq against the Islamic State (ISIS-Daesh), an entity created and supported by US intelligence.”

As NATO and its allies commit war crimes against non-belligerent Syria and Yemen, and Hillary Clinton promises war and more war, we need to break the silence.

Our political representatives no longer represent us.

Presumably, they too have been heavily propagandized, and they believe the lies laundered by our criminal mainstream media (msm).  But ignorance is no longer a legitimate excuse.

In the case of Syria, we need to demand that our misleaders take immediately attainable steps to achieve peace, as outlined by the United States peace Council (USPC):

None of the countries that we are threatening or attacking, including Russia, are real threats. General Petr Pavel, Chairman of the NATO Military Committee, acknowledged that,

“It is not the aim of NATO to create a military barrier against broad-scale Russian aggression, because such aggression is not on the agenda and no intelligence assessment suggests such a thing.”

The NATO military build-up is unnecessary and dangerous, as is the criminal war on Syria.

As the author notes in Fake Threats and Engineered Fears,

“The ‘Russian threat’ is fake; there never was a ‘Syria threat’ (except that Syria insists on its sovereignty and territorial integrity); and the ‘terrorist threat’ is a hoax, because we support the terrorists.

The ‘humanitarian bombing’ strategy is also a hoax, because ISIS territory expands when the U.S illegally bombs Syria.

Basically, everything we’re hearing is fake. The government, and Soros et al.–funded “non- government organizations” (NGOs) are fake, not only because they aren’t “non-governmental”, but also because they’re embedded with the terrorist invaders.”

The pursuit of truth and just peace is an uphill battle.  The Pentagon’s “Law of War” manual, for example, views the control and manipulation of information as a (legitimate) “soft power” weapon, and the U.S Department of Defense (DOD) public relations/propaganda budget alone is reported to be about $600,000,000 per year.

But as responsible citizens, we need to reject the war lies, and insist on truth and a just peace.  Even if the truth “loses”, and warmongers are elected, it still “wins”, because it engaged the enemy, despite the odds.Imperial LawlessnessThe original source of this article is Global ResearchCopyright © Mark Taliano, Global Research, 2016