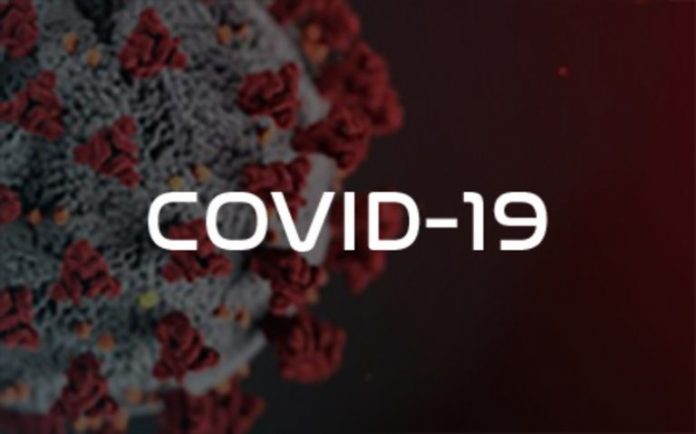 We are led to believe that the corona epidemic has entered into a Second Wave, and that the virus is spreading relentlessly. That’s a lie.

The PCR test used to estimate covid positive cases is flawed. There is no second wave.

The test is being used extensively to hike up the numbers with a view to justifying the lockdown with devastating social and economic consequences including the engineered bankruptcy of the urban services economy, tourism and air travel.

Confirmed by prominent scientists as well as by official public health bodies including the World Health Organization (WHO) and the US Center for Disease Control and Prevention (CDC). Covid-19 is a public health concern but it is NOT a dangerous virus.

The unspoken truth is that the novel coronavirus provides a pretext and a justification to powerful financial interests and corrupt politicians to precipitate the entire World into a spiral of mass unemployment, bankruptcy, extreme poverty and despair.

More than 7 billion people Worldwide are directly or indirectly affected by the corona crisis.

Nothing in the Polymerase Chain Reaction (PCR) Test and the resulting “estimates” justifies closing down the national economy with a view to resolving a public health crisis.

Moreover, recent scientific reports including a January 20th, 2021 “Retraction” by the WHO confirm that the PCR test yields invalid estimates.

The following text is part of Chapter II of the author’s E-Book entitled. (click here to access full text consisting of 9 chapters)

Identification of the Virus

The RT-PCR test does not identify/ detect the virus. What it detects are fragments of viri. According to renowned Swiss immunologist Dr B. Stadler

So if we do a PCR corona test on an immune person, it is not a virus that is detected, but a small shattered part of the viral genome. The test comes back positive for as long as there are tiny shattered parts of the virus left. Even if the infectious viri are long dead, a corona test can come back positive, because the PCR method multiplies even a tiny fraction of the viral genetic material enough [to be detected].

The Question is Positive for What?? The PCR test does not detect the identity of the virus, According to Dr. Pascal Sacré,

In an attempt to quantify the viral load, these sequences are then amplified several times through numerous complex steps that are subject to errors, sterility errors and contamination.

Positive RT-PCR is not synonymous with COVID-19 disease! PCR specialists make it clear that a test must always be compared with the clinical record of the patient being tested, with the patient’s state of health to confirm its value [reliability]

The media frighten everyone with new positive PCR tests, without any nuance or context, wrongly assimilating this information with a second wave of COVID-19. The Covid-19 Numbers Game: The “Second Wave” is Based on Fake Statistics

While the RT-PCR test was never intended to identify the virus, it nonetheless constitutes from the very outset the cornerstone of the official estimates of Covid-19 “positives”. Moreover, these PCR tests were not accompanied by medical diagnosis of the patients being tested.

WHY then was the RT-PCR adopted??

F. William Engdahl in a recent article documents how the RT-PCR Test was instated by the WHO at the outset, despite its obvious shortcomings in identifying the 2019-nCoV. The scandal takes its roots in Germany involving “a professor at the heart of Angela Merkel’s corona advisory group”:

On January 23, 2020, in the scientific journal Eurosurveillance, of the EU Center for Disease Prevention and Control, Dr. Christian Drosten, along with several colleagues from the Berlin Virology Institute at Charité Hospital, [together]  with the head of a small Berlin biotech company, TIB Molbiol Syntheselabor GmbH, published a study entitled, “Detection of 2019 novel coronavirus (2019-nCoV) by real-time RT-PCR” (Eurosurveillance January 23, 2020).

While Drosten et al’s Eurosurveillance article (undertaken in liaison with the WHO) confirmed that “several viral genome sequences had been released”, in the case of 2019-nCoV, however, “virus isolates or samples from infected patients were not available … “:

“The genome sequences suggest presence of a virus closely related to the members of a viral species termed severe acute respiratory syndrome (SARS)-related CoV, a species defined by the agent of the 2002/03 outbreak of SARS in humans [3,4].

We report on the the establishment and validation of a diagnostic workflow for 2019-nCoV screening and specific confirmation [using the RT-PCR test], designed in absence of available virus isolates or original patient specimens. Design and validation were enabled by the close genetic relatedness to the 2003 SARS-CoV, and aided by the use of synthetic nucleic acid technology.”  (Eurosurveillance, January 23, 2020, emphasis added).

What this (erroneous) statement suggests is that the identity of 2019-nCoV was not required and that “validation” would be enabled by “the close genetic relatedness to the 2003-SARS-CoV.”

The recommendations of the Drosten study (supported by the Gates Foundation) pertaining to the use of the RT-PCR test applied to detecting 2019-nCoV were then transmitted to the WHO. They were subsequently endorsed by the Director General of the WHO, Tedros Adhanom. The identity of the virus was not required.

The above also explains the subsequent renaming by the WHO of the 2019-nCoV to SARS-CoV-2.

The Drosten et al article pertaining to the use of the RT-PCR test Worldwide (under WHO guidance) was challenged in a November 27, 2020 study by a  group of 23 international virologists, microbiologists et al. “Their careful analysis of the original [Drosten] piece is damning. …They accuse Drosten and cohorts of “fatal” scientific incompetence and flaws in promoting their test” (Engdahl, December, 2020).

In light of all the consequences resulting from this very publication for societies worldwide, a group of independent researchers performed a point-by-point review of the aforesaid publication [Drosten] in which 1) all components of the presented test design were cross checked, 2) the RT-qPCR protocol-recommendations were assessed w.r.t. good laboratory practice, and 3) parameters examined against relevant scientific literature covering the field.

The published RT-qPCR protocol for detection and diagnostics of 2019-nCoV and the manuscript suffer from numerous technical and scientific errors, including insufficient primer design, a problematic and insufficient RT-qPCR protocol, and the absence of an accurate test validation. Neither the presented test nor the manuscript itself fulfils the requirements for an acceptable scientific publication. Further, serious conflicts of interest of the authors are not mentioned. Finally, the very short timescale between submission and acceptance of the publication (24 hours) signifies that a systematic peer review process was either not performed here, or of problematic poor quality.  We provide compelling evidence of several scientific inadequacies, errors and flaws. (November 27, 2020 Critique of Drosten article, emphasis added)

The results of the PCR Test applied to SARS-2 are blatantly flawed. Drosten et al had recommended the use of a 45 amplification cycle threshold, which was endorsed by the WHO in January 2020.

According to Pieter Borger,  et al

The number of amplification cycles [should be] less than 35; preferably 25-30 cycles. In case of virus detection, >35 cycles only detects signals which do not correlate with infectious virus as determined by isolation in cell culture…(Critique of Drosten Study)

The RT-PCR test was adopted by the WHO on January 23, 2020, following the recommendations of  the Drosten study quoted above. It had been commissioned and financed by the Gates Foundation.  The Drosten study had recommended a maximum amplification cycle threshold of 45, which was widely applied by national health authorities.

One year later on January 20th, 2021, the WHO came out with the admission that the PCR test will yield biased results if they are conducted above a certain cycle threshold used for amplification. Below is the text of the WHO’s “retraction”:

WHO guidance Diagnostic testing for SARS-CoV-2 states that careful interpretation of weak positive results is needed (1). The cycle threshold (Ct) needed to detect virus is inversely proportional to the patient’s viral load. Where test results do not correspond with the clinical presentation, a new specimen should be taken and retested using the same or different NAT technology.

Most PCR assays are indicated as an aid for diagnosis, therefore, health care providers must consider any result in combination with timing of sampling, specimen type, assay specifics, clinical observations, patient history, confirmed status of any contacts, and epidemiological information. (emphasis added)

What this admission by the WHO confirms is that most of the covid positive estimates currently conducted under the so-called “Second Wave” (with amplification cycles in excess of 35) are invalid.

The above quote confirms unequivocally that the tests adopted by the governments to justify the destabilization of their national economy are flawed.

The Covid-19 Numbers Game: The “Second Wave” is Based on Fake Statistics

The Covid-19 Roadmap: Towards Global Economic Chaos and Societal Destruction

Video: The “Smoking Guns” of a Manufactured Pandemic