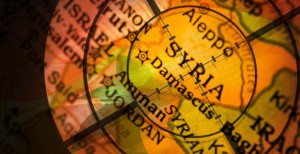 Canadian politicians accept and amplify terrorist-supporting narratives despite the absence of corroborating evidence.

Consequently, the “humanitarian intervention” lie is reinforced with a view to increasing Canada’s criminal “intervention” in Syria, which will necessarily bring more war and terrorism to Syria.

“Mr. Speaker, I watched footage of a small boy, covered in dust, face streaked with blood, eyes baring hopelessness, being pulled out of rubble and into an ambulance. The brave people who saved this boy’s life, along with tens of thousands like him, wore white helmets, and belonged to the Syrian civil defence. It is a team of 3,700 civilian volunteers who devote their lives to helping vulnerable Syrians in conflict areas. Since 2013, 243 white helmets have lost their lives. They are in Ottawa today so MPs can learn first-hand the brave work they do in Syria, and what our Liberal government support has meant for them on the ground. Support from our government has helped them increase women volunteers in their organization and provide more services for women and children, including access to first aid. I ask my colleagues to join me in commending their bravery, their dedication, and their commitment to saving lives. They are the heroes of our time.”[3]

Similarly, with these words, MP Borys Wrzesnewskyj[4] makes the case for increased Canadian “humanitarian intervention” in Syria, presumably based upon the testimonies of visiting White Helmets members:

Unfortunately, Canadian politicians are not interested in independent evidence, which includes testimonies from Syrians recently liberated (by the SAA and its allies) from the captivity and tyranny of Western-supported terrorists in East Ghouta Syria.  This is one such testimony[5]:

Prior to the West’s criminal, dirty war on Syria, Syria was one the world’s safest countries in terms of personal safety.[6]

Instead of amplifying al Qaeda narratives, Canadian politicians should be amplifying evidence-based narratives of truth, justice, and peace.

Independent investigative journalist Eva Bartlett[7], in an interview with Lee Camp, gives an evidence-based explanation of what is really happening in Syria here:

We the people need to amplify voices of truth, justice, and peace.  Canadian politicians will not do so.

[1] “White Helmets/ It is easier to fool people than to convince them they have been fooled.” 27 February, 2017. (https://clarityofsignal.com/2017/02/27/massive-white-helmets-photo-cache-proves-hollywood-gave-oscar-to-terrorist-group/) Accessed 6 April, 2018.

War Propaganda and the West’s War of Terror against Syria and...

A Circuit of Lies and “False Media”: Crimes against Humanity Go...