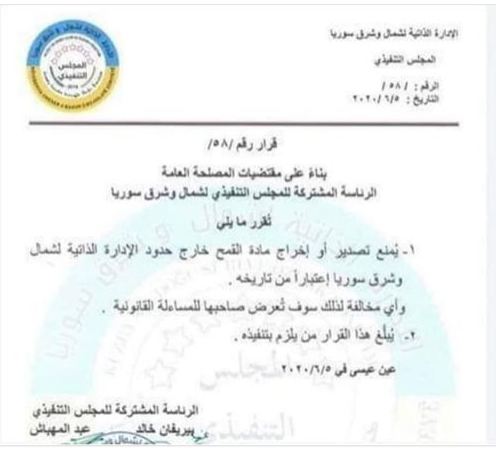 After raising the wheat’s price by the Syrian government from 225 SYP to 400 SYP, where the so-called Syria Democratic Forces buys wheat at 315 SYP, #SDF officially prevents transporting wheat outside of Eastern Euphrates area in obvious participation in the starvation war that is being waged against the Syrian people 😡🤬

Parsi Policy: No Doubt about Criminality of US Sanctions: Former UN...