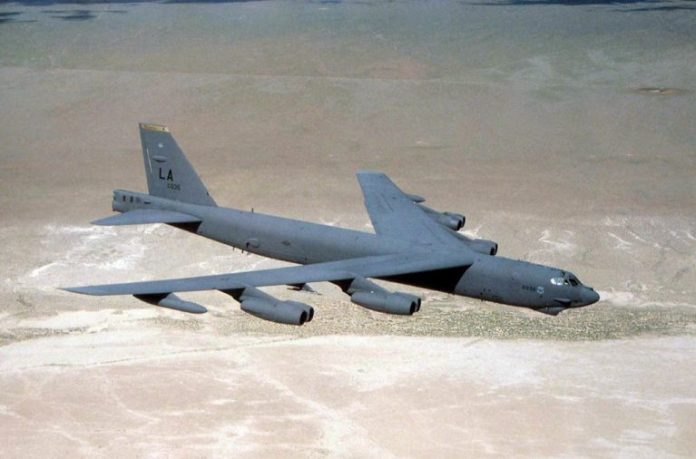 Afghanistan is now living under a precarious situation. Major shifts in US war plans are unfolding. The deadly suicide blasts of the last month in the capital Kabul that invoked international condemnation were followed by US-led retaliatory bombings of the Taliban sanctuaries in several parts of Afghanistan.

One of the signs that fuelled “prediction” (without evidence) that these bombings were to occur was that the Taliban allegedly claimed responsibility for the Intercontinental hotel and ambulance attacks. The latter provided legitimacy to the US led retaliatory bombing raids.  [There is no firm evidence that the Taliban were behind the attacks].

Among the US Administration’s revengeful moves against the Taliban for the recent Kabul bombings was Trump’s authorization which allowed the US High Command in Afghanistan to strike the militants strongholds across the border in Pakistan. But last week, NATO’s Resolute Mission in a released news report informed of a new air operation directed against the group’s hotspots in the north-eastern Afghan province of Badakhshan that shares borders with both China and Tajikistan.

Last week, the top US commander General John Nicholson told the media that the Taliban can’t win the war and therefore chose instead to kill people and destroy buildings and establishments. Meanwhile, Ashraf Ghani’s government has urged the US-NATO forces to escalate the air campaign and ground operations against the Taliban group. It points out that the recent events and Afghan government’s open calls for the intensified US operations against the group is a step forward to a new show of “war on terrorism”.

It was reported that one of the goals of the last week’s B52 airstrikes was to impede the militants from organizing terrorist plots in proximity of China and Tajikistan’s borders.

The operations were reportedly led by the American B52 Stratofortress Bombers that involved dropping of at least 24 precision-guided bombs on the Taliban hubs. The use of such gigantic bombs that is designed for “mass destruction” –resulting in the killings of civilians– was viewed as aggressive and inappropriate. The Taliban insurgents always take shelter in residential areas and there is no guarantee that harm has not been inflicted, resulting in the loss of civilian lives.

These large-scale aerial attacks could indeed lead to evacuation of the area, with local residents as well as Taliban militants leaving it open for the smooth arrival and settlement of the brand new militant group by the name of ISIS-K.

In any corner of the country, the Taliban fighters have not operated on a scale that may require the call for the B52 or the use of the mega bomb MOAB. The group can only be defeated through ground operations by a well-equipped Afghan Army.

The US’ B52 bombings on remote and marginal regions of Afghanistan that is allegedly justified with a view to protect the borders with China and Tajikistan from militant encroachment is illogical inasmuch as the rebel groups actively involved within 65 km of the capital Kabul in Wardak, Nangarhar and Laghman provinces.  Shouldn’t they get wiped out first before moving hundreds of miles into the north where the militants might not even know what happened recently in Kabul?

The worrisome news that prompts the need for questioning the recent B52 air operations is the influx of the ISIS militants from Syria and Iraq into Afghanistan.

These incoming batches of ISIS fighters are joining the other groups that have already been settled predominantly in the northern provinces of Afghanistan and live in absolute security.

The logic underlying US operations in the north of Afghanistan should be addressed and understood.

On February 1, Russian Special Envoy Zemir Kabulov warned that some 7,000 terrorists and thousands of reservists of ISIS currently reside in Afghanistan.

“We have been carefully monitoring the genesis of the Afghan wing of the ISIS over the past three years… The ISIS has nearly 7,000 active fighters, without taking into account several thousands of reservists”, Kabulov told the Rossiya-24 TV channel. The Taliban fighters’ number in Afghanistan currently stands at around 60,000 or 70,000, he noted.

He went on to say that the Afghan government and the foreign troops stay idle on detecting the ISIS reservists. He said:

“This is a serious case. The ISIS members have come to Afghanistan not for Jihad against the US and other foreign troops; they have come to set up a foothold for their further expansion to the north, to Central Asia”.

He maintained that Afghanistan’s air space is exclusively controlled by the US, then either it does nothing to prevent the movements of the mysterious helicopters that transport ISIS fighters into the territory or it is involved in the process itself.

Most of the ISIS fighters making their way into Afghanistan are originally from Russia and the Central Asia. They are radicalized and turned hostile to their own nations. They are perfect for the mission because they bear cognition and knowledge of the roadmap.

Chief of Staff of the Iranian Armed Forces Major General Mohammad Baqeri told Tasnim news agency that continued tensions in Southwest Asia would provide Americans with the much-desired pretext to prolong their military presence there. He said

“After witnessing ISIS and other organized terrorist groups losing their ground in Iraq and Syria, they are now relocating them to Afghanistan, which has become the scene of fresh explosions, assassinations and crimes”.

The expanding foothold of the ISIS in the north is affirmed by many news agencies, local authorities and Afghan MPs which is described as a descent into a dangerous Syria-like situation.

Jawid Kohistani, a renowned Afghan military think tank had earlier said that the US supports the ISIS in Afghanistan and the fighters creep up into Afghanistan with the aid of Arabs and the cooperation of Pakistan through the port of Karachi.

The US Generals keep pronouncing the war on ISIS at a time the group has pulled out its domain of rule from a few districts in eastern Afghanistan into sizable portion of territories in the northern Afghanistan.

Masud Wadan is an independent author based in Kabul.

The Islamic Emirate of Afghanistan Back with a Bang

19 August 2021The original source of this article is Global Research

Jeffrey Sachs on the stupidity of the US war on Afghanistan