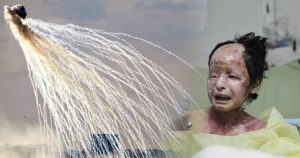 The “liberation” of Mosul, Iraq, needs to be understood within a context of historical and present-day facts.

The first fact is that the West is committing a holocaust in Iraq which began well in advance of the illegal Anglo-American invasion in 2003.

“(h)olocaust is the destruction of a large number of people and 9 million Iraqi deaths from Anglo-American violence or violently-imposed deprivation certainly constitutes an Iraqi Holocaust.”[1]

The second fact is that the terrorists occupying Mosul, Iraq (and Syria) are the West’s strategic assets/proxies. They help to commit and perpetuate the holocaust.

The end result, therefore, is not the liberation of Mosul, but rather the destruction of Mosul for the perceived benefit of criminal, genocidal, imperial warmongers who hide their crimes beneath the Big Lies of the “War on Terror” and “Humanitarian Invasions”.

The warmongers successfully de-populated and destroyed Iraq’s second largest city. The terrorists (the supposed enemies) — all armed and supported by the West [2]—and the terror bombing [3], including the use of illegal, weaponized white phosphorus munitions, and carpet bombing – achieved their criminal objectives.

The Western-imposed warfare murdered countless civilians and displaced over 800,000 people [4].

The big picture is chaos and destruction, and genocide. Iraq is being partitioned and destroyed. “Creative Chaos” [5], a term coined by neo-con Condoleeza Rice equals holocaust and genocide.

This is the evidence-based reality.

Swallows are Filling the Skies of Damascus…