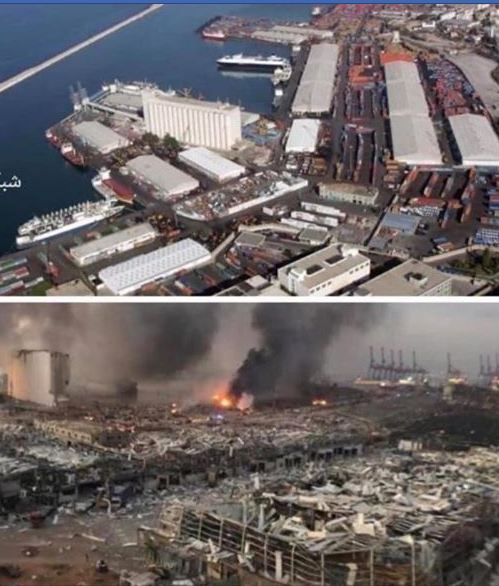 The recordings of the so-called Hammouda (Muhammad) in setting the thermal image that showed two missiles coming from the seaside and struck the port of Beirut are fake, as the original video was manipulated with the Invert Color technology by Adobe After Effects and the widespread of this fake video is due to weak fact-checking evidence to refute it
As the focus was on the stability of the missile’s length and inclination, and this is not sufficient (I measured its length and it was 2.9 units of measurement, and its inclination was approximately 50 grades)

However, no one would think that Israel has become innocent

Prof. Michel Raimbaud to ST: If I were the Lebanese legal government, I wouldn’t meet Mr. Macron’s demands/ By Basma Qaddour/ 09 August...

“Police on Guard for Thee”