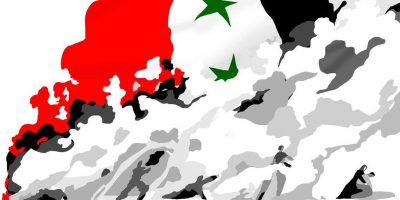 The war on Syria has exacted a tremendous toll on all aspects of life in Syria. The bullets and bombs kill, but so do the hidden tentacles of this War of Aggression.

Numerous war-impacted health indicators form a nexus of intersecting trajectories which contribute to an elevated toll of avoidable deaths.  Poverty is one such indicator. According to Elizabeth Moss of the World Health Organization, about 70% of Syrians now live in poverty.  Poverty reduces access to healthcare, and so does the damage to healthcare infrastructure.  Moss reports that the war has so far destroyed about 50% of Syria’s hospitals, and rendered the other 50% either partially destroyed or non-functioning. Similarly, whereas Syria previously manufactured 90% of its own medications, the war has now destroyed many of these pharmaceutical companies. The destruction of pharmaceutical companies coupled with procurement hardships, — a consequence of illegal sanctions — means that patients have drastically reduced access to life- saving medications. Since the war started, 5,000,000 people have died in what are deemed to be “avoidable deaths”.

More visible is the war-inflicted physical trauma. About 1.5 million people must now live with physical trauma such as the loss of limbs, reports Moss, and to add to the misery, there is a shortage of artificial limbs.

Peace, coupled with International Justice, is the only sustainable remedy to these largely invisible, war-inflicted, miseries.