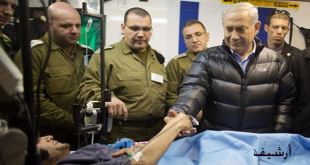 Israel is arguably a “forward operating base” for Washington in the Middle East.

Both Washington and Israel seek to destroy and balkanize sovereign independent nations and their peoples.

There is nothing “humanitarian” about their demonic projects except that they use the fake cloak of humanitarianism as a deceptive pretext to delude credulous and indoctrinated domestic and foreign populations.

Admissions from Israeli and U.S policy-makers are “limited hangouts” — they barely scratch the surface of the institutional criminality. But they are admissions nonetheless.

Not only has Israel openly bombed the sovereign state of Syria throughout the war, but it also regularly provides support to its terrorist proxies on the ground.

In January 2019, the Chief of General Staff of Israeli forces, Gadi Eizenkot, admitted that Israel had provided weaponry to terrorists groups in Syria.

Syria’s victories over al Qaeda and ISIS — proxies for both Israel and Washington — continue to thwart the life-destroying expansionism of their Zionist and Imperial Overlords.

Whatever your beliefs, the destruction meted out in Maaloula, an ancient...