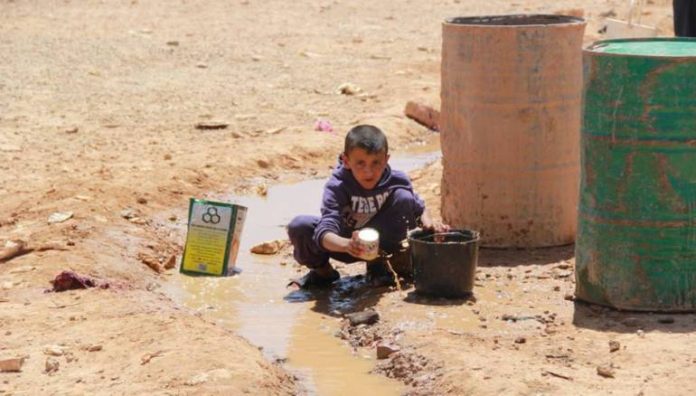 Despite the fact that the world community is well aware of the dire conditions in the Rukban camp in the US-occupied al-Tanf, no human rights organization outside Syria takes serious attempts to change the situation. The selectivity of such organizations once again shows their double face and blind commitment to American politics. So, the United States has absolutely no concern for the fate of Rukban’s refugees. It is important for them to keep a significant piece of land in southern Syria in order to destabilize the situation in the country from its territory with the controlled gangs. In addition, the at-Tanf zone is used to provide cover for the Israeli air force striking the center of the country. Meanwhile, nothing changes in the camp; people continue to die from heat, hunger and disease…#Syria#US#USA#Rukban#at_Tanf#refugees#UN#United_Nations#Israel#Magavat_al_Sawra#Magavir_al_Saura