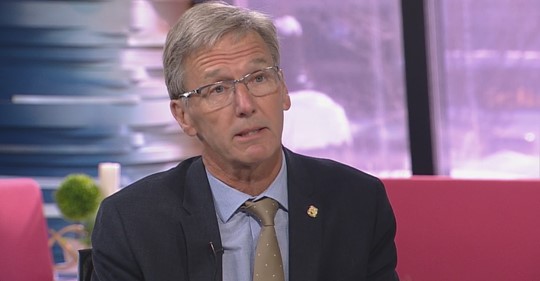 Minnesota State Senator Scott Jensen appeared on a local news show to report that doctors were receiving instructions from the Minnesota Department of Health to report Covid19 as a cause of death, even if the patient was never tested.

Senator Jensen, who is also a practising physician, said he had never before in his thirty-five-year career received specific instructions on how to fill out a death certificate.

The apparent policy of Minnesota – to report any and all pneumonia or “flu-like illness” decedents as Covid19 cases, with or without a test – ties in with the US policy as described by the CDC’s official memos.

This is not new information, we covered the guidelines from the CDC, here.

In fact the governments of Italy, Germany, the UK and Austria all doing the same thing.

So, while Dr Jensen’s revelation isn’t as shocking as it would have been just 10 days ago, it does at least demonstrate that, within the medical world, these guidelines are not normal. In a separate interview with Lauran Ingraham, Jensen described the guidelines as “ridiculous”.

According to Jensen, citing a colleague, it is not usual practice to ever put “presumptions or probabilities” on a death certificate, but rather to “stick to the facts”.

The question still hangs in the air: Why do national and regional governments appear to be going out of their way to inflate the Covid19 death statistics?

Dr Jensen has his own idea:

Well, fear is a great way to control people, and I worry about that. I worry that sometimes we’re just so interested in jazzing up the fear factor, that…you know, sometimes people’s ability to think for themselves is paralyzed if they’re frightened enough.

An open letter from Syrian Priest to his holiness Pope Francis: Damascus awaits you

Why everyone was wrong/ By Dr. Beda M. Stadler, emeritus professor of immunology and former director of the Institute of Immunology at the...

“Orders from Above” and “Emergency Protocols” Create a “Perfect Storm” at...