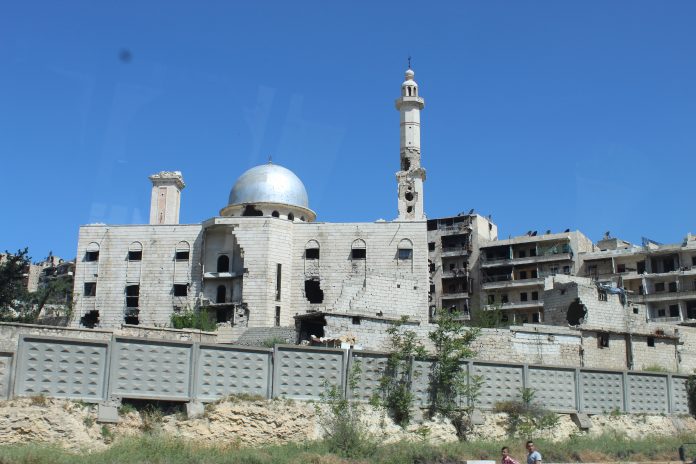 “Hegemony” is a sanitized word vomited up by colonial media “news” reports.

The word pretends to describe the myriad ways in which a country or countries criminally destroy prey countries to assert their dominance, their control, and their privileged access over stolen resources.

Consent is fabricated in such a way that domestic populations in the imperial countries themselves are led to believe that they will somehow benefit, but they too are being plundered and looted. Imperial warfare is also class warfare. The plundered wealth rushes upwards to the oligarch classes that create the wars.

Multitudes globally pay the price in death and disease and starvation and dispossession. There’s nothing humanitarian about any of this.

The interview below, Syrian Dr. Ayssar Midani lays bare the converging lies that grease the wheels of the obscenity of imperial wars of aggression.

Dr. Midani is a Syrian anti-war activist based in France. She is the chairperson of NOSTIA, a network and community of expatriate Syrian Scientists, Technologists and Innovators.

READ MORE: “Were You Sad or Were You Happy?”. The Destruction of Syria’s Industrial Heartland