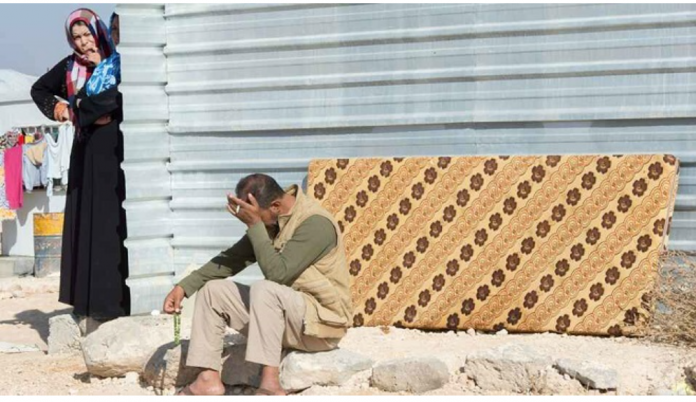 The refugees in Syria exist in the first place because of the criminal Regime Change War of Aggression that the West is waging and has been waging against Syria for ten years now. This fundamental fact is omitted and denied by Mainstream Everything in the West.

Not only does Empire create the refugees, but it also weaponizes them.

In a recent interview with One American Vagabond, award-winning investigative reporter Vanessa Beeley noted the following:

“Basically, America is running a recruitment center for al-Qaeda and ISIS. No Russian or Syrian vehicles are allowed within a twenty five kilometer radius of Al Rukban camp. So, again, America is occupying Syrian soil.

It’s built its military base. It’s running an ISIS Qaeda recruitment center. All mobile SIM cards, for example, are American supplied in that camp, according to reports from sources that I’m in touch with. So that camp is American-run Rukban camp, which is this terrorist extremist recruitment and training center. And that entire area is ring fenced by American military or by American proxies on the ground.” (1)

The US Coalition also weaponizes poverty and desperation that it has imposed on Syria and Syrians. A May 2020 CBS report highlights the desperation of refugees who feel compelled to sell their own body organs to survive.

One of the refugees, Abdullah, explained that when he saw a post on Facebook offering money for human organs, he was in dire enough financial straits to make a deal with an organ broker to sell one of his kidneys for $10,000.

In the end, the organ broker only paid half the agreed upon price, disappeared, and disconnected the phone line they had been communicating on. (2)

The solution to the refugee problem lies within the parameters of International Law. The U.S Coalition must end its criminal terrorist and economic war against Syria. (3)

US occupation forces transport 25 ISIS terrorists from Iraq to Syria/...