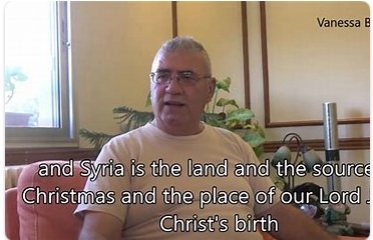 Simon Alwakil, commander of #Mhardeh National Defence Forces speaks to me about the recent discovery of mass graves in Latamenah.

SAA and NDF soldiers executed by the terrorist groups, one bullet to the back of the head before being discarded in shallow graves.

These horrific discoveries are a hallmark of liberation of territory from the Western-sponsored terrorist groups. Mass murder and war crimes committed by these monstrous “moderates”.

This will also not be reported by Western media.