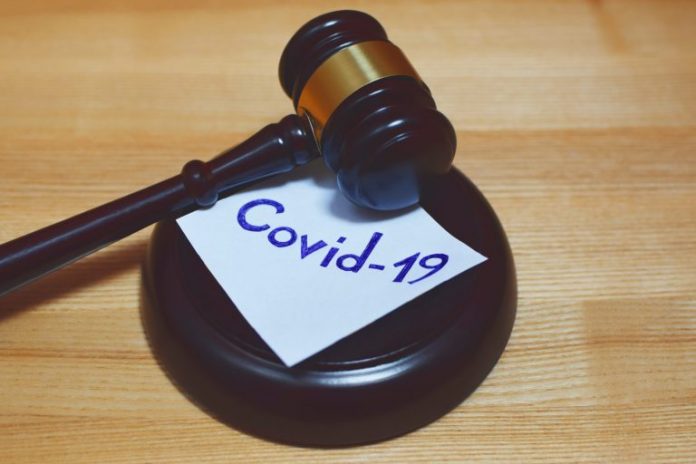 Doctors for Covid Ethics includes hundreds of physicians and scientists from scores of countries worldwide.

Along with America’s Frontline Doctors for medicine as it should be practiced, they’re on the front lines of opposing health-destroying hazards posed by toxic flu/covid kill shots.

They oppose all things flu/covid that breach medical ethics and what’s affirmed by international law.

The organization commented on November 12 and 13 rallies and remarks by noted medical and other experts in Switzerland and Italy against US/Western war on public health and freedom with obliterating both in mind.

Robert F. Kennedy Jr. said the two-day event was all about promoting “what it means to be free and how the current situation has proved to be a global coup d’etat” — unjustifiably justified by a nonexistent pandemic, except for the jabbed.

Growing opposition to all things flu/covid — especially kill shots designed to destroy health — represents a “war between the spirit of independence of citizens and the claim to power of the actors of a new world order such as the World Economic Forum in Davos, the World Health Organization, the GAVI alliance in Geneva, and ‘bank of banks,’ the Bank for International Settlements in Basel.”

So-called misinformation about toxic jabs is code language for whatever diverges from the fabricated official narrative.

Who are the censors? They include US/Western hardliners, monsters Gates, Zukerberg, Fauci, Walensky, Murthy, Big Tech, Pharma, MSM and other co-conspirators.

They “engineered not only the destruction of democracy and civil rights, they engineered the biggest shift of wealth in human history — $3.8 trillion (and counting) from working people to (a) handful of billionaires, many from Silicon Valley,” said Kennedy, adding:

The fake “pandemic impoverished the world and created 500 new billionaires.”

“Is it a coincidence that these (monsters) are the same people who are censoring criticism of government policies that are bringing them trillions of dollars?”

Only since mass-jabbing with kill shots began has ICU occupancy been strained beyond its capacity to operate in heavily jabbed nations.

Catherine Austin Fitts explained that health passports have nothing to do with protection.

They’re “part of a financial transaction control grid that will absolutely end human liberty in the West” and wherever else used.

“This is not about democracy versus fascism. This is about freedom versus slavery.”

Everything instituted since last year way exceeds the most demonic health and freedom-destroying aims ever conceived by history’s most ruthless despots.

Headquartered in Washington with branch offices in European capitals and Israel, what’s going on is undeclared WW III with bioweapons and other draconian actions against millions and billions of unwanted people worldwide — with extermination them and abolishing freedom in mind.

Virtually everything reported by official sources and MSM co-conspirators reflects their diabolical aims crucial to resist against, “splinter into a thousand pieces and scatter into the wind.”

As president before killed by CIA assassins, Jack Kennedy said the above about a diabolical agency he detested and wanted eliminated.

Today the monster system is far more powerful and demonic than when he was a US senator, then president.

There’s no ambiguity about the only viable option.

Slay the monster before it destroys us.

Stephen Lendman is a Research Associate of the Centre for Research on Globalization (CRG).

Featured image is from  Inga – stock.adobe.com

The original source of this article is The Stephen Lendman Blog

Do Not Give Up Your Rights ~ Dr. Julie Ponesse’s Remarkable...

MPP Nicholls Calls it “Do Not Extend Emergency Orders”

Fake Science, Invalid Data: There is No Such Thing as a...

Jab Passports and the End of Human Liberty in the West/...

COVID Certificates and the end of human liberty in the West/...